Beach Cleanup at El Ahyaa is a Success

By Gouna News Reporter - March 11, 2019
Thanks to the careful planning and tireless efforts of briton Carol King, the previously announced beach cleanup went ahead Monday March 11 and was a big success.


The beach cleanup targeted a strip of beach just outside El Gouna on municipal land that was littered with plastic, debris and pollutants. 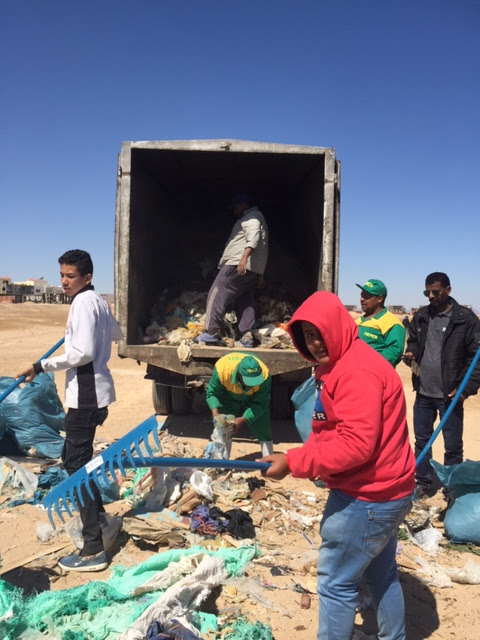 The Environment Ministry in conjunction with Hurghada Municipality provided 30 personnel to assist in the cleanup. Another 10 were provided by the new Aqua Palm Resort and Core Gym. 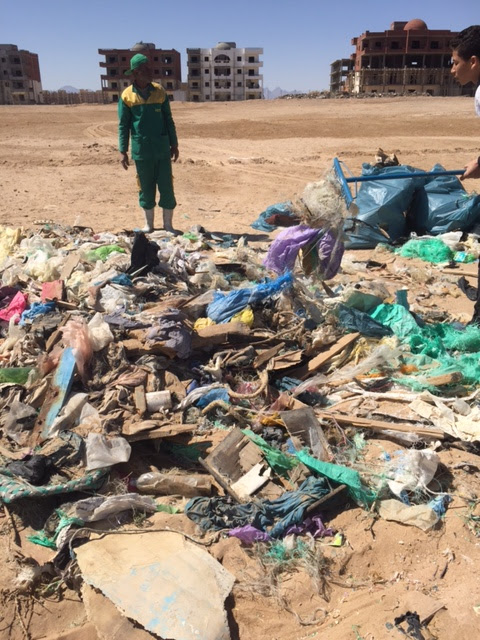 Two hours of cleanup resulted in two lorries full to the brim with detritus. The volunteers were obliged to stop when they reached an area of beach belonging to the military. In three days this area will be cleared by them. The fishermen in the area off Al Ahyaa have been instructed not to dispose of their waste by dumping overboard for it to wash ashore. 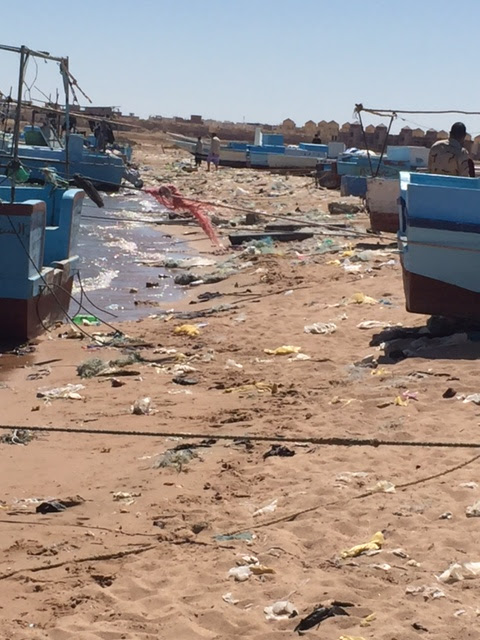 Carol was promised rubbish bins will be placed along the beach all the way to the El Gouna perimeter, and that the municipality will be responsible for removal of their contents. 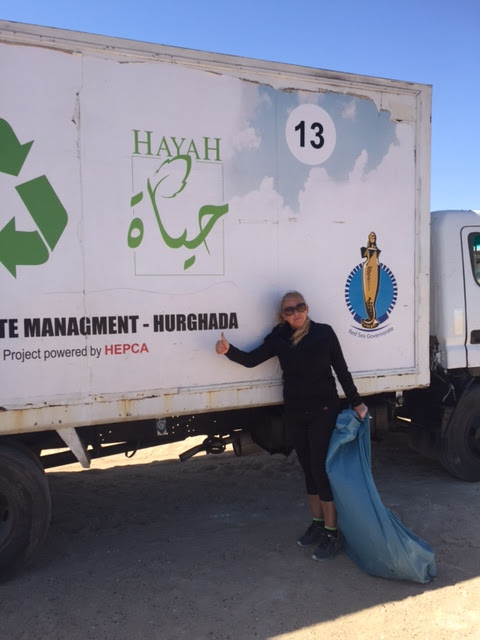 Carol reports that she will continue to work with the Ministry of Environment to ensure the beach is always maintained and cleaned. 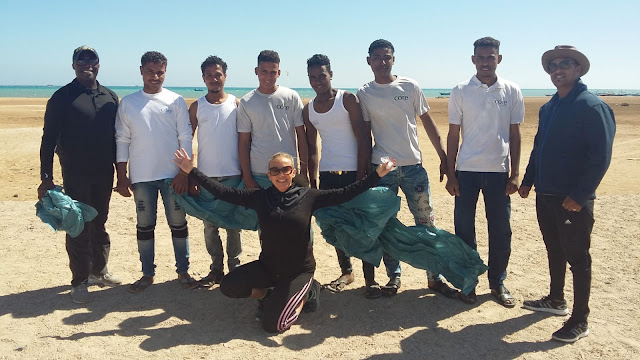 Many thanks to Carol King for her efforts in organising this cleanup. It could not have been easy or straightforward. Thanks also goes to the 30 cleanup volunteers. Let us hope this initiative raises awareness in the Red Sea communities on the importance of caring for our environment. 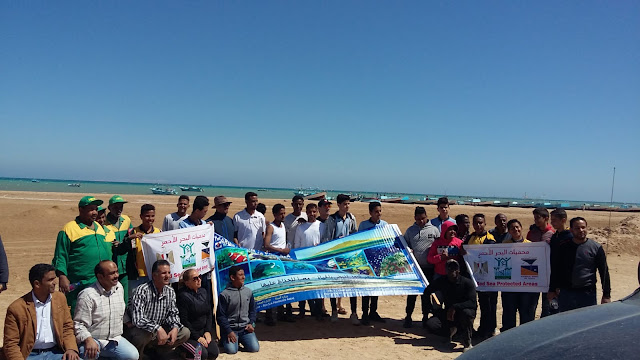 33 Pictures of El Gouna Under Lockdown 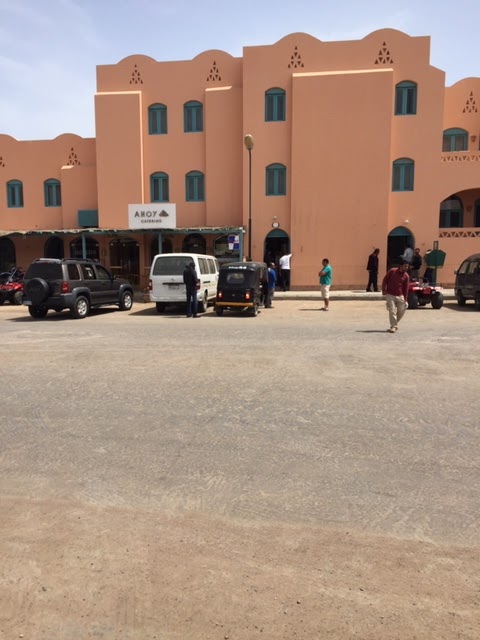 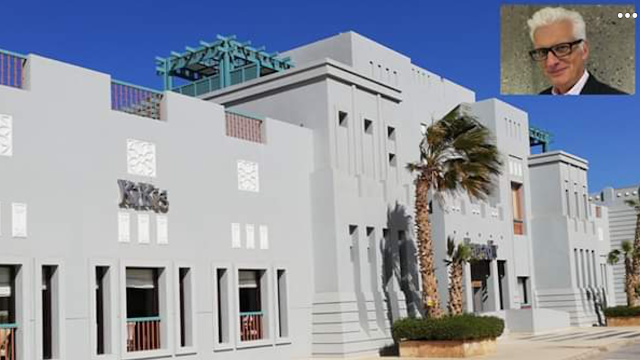 The British Ambassador to the Arabic Republic of Egypt, H.E. Sir Geoffrey Adams, visited El Gouna to meet all the British passport holders on Sunday 12th May at Kiki's Restaurant and Pool Bar, Fenadir Hotel, in the north marina basin.
This was an informal gathering for the Brits to ask any questions anyone wished to ask.

The British Ambassador also met with the Red Sea Governor General Ahmed Abdullah in Hurghada, to discuss enhancing their cooperation, and to increase the numbers of British tourists visiting Egypt.
A visit was also made to Sheikh Mauri and the Bedouins of the Mazza tribe, to discuss increasing tourism to the new Red Sea Mountain Trail.
Sir Geoffrey Adams' father, Sir …
Read more 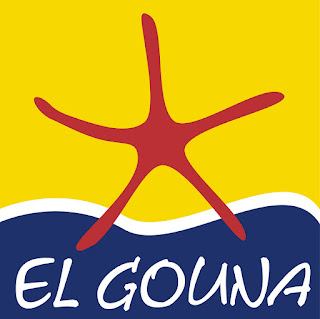 June 11
Dear Valued Homeowners and Residents,Hope this announcement finds you well and safe,In accordance with the recent Prime Minister’s announcement regarding COVID-19 precautionary measures, we would like to notify you on what will be implemented as of Sunday the 14th of June; El Gouna’s gates will be closed during the updated curfew hours starting8 pm until 4 am the following day.All retail outlets will be opened till 6 pm with the exception of Supermarkets, Grocery stores & Pharmacies.Beaches, sports activities and the fish farm, will remain closed.Restaurants, cafes and bars will remain closed and will only operate delivery & take away with the exception of some hotels restaurants: The Marina Steakhouse, Tandoor Indian Restaurant and The Kitchen Club at Casa Cook El Gouna which are ready to welcome and serve you between 5 pm to 8 pm. Please book ahead as it is reservation only. For more information please click here.
Read more